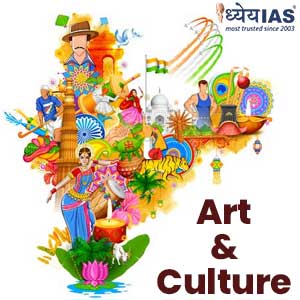 India is the land of temples. These have been built in India for thousands of years. These are not just beautiful buildings with idols inside them to worship, but these are also an important source of intellectual, artistic, spirituals, educational, and social elements of daily life. There are temples dedicated for different GODS. One of them among many is the KONARK Sun Temple. In one of the latest moves by the Government, the Temple and THE Konark town will be developed as SURYA NAGRI

Konark Sun Temple located in the eastern State of Odisha near the sacred city of Puri is dedicated to the Sun God or Surya. It is a monumental representation of the sun God Surya's chariot. It is a masterpiece of Odisha's medieval architecture. This temple is widely known for its architectural grandeur and also for the intricacy and profusion of sculptural work. It marks the highest point of achievement of Kalinga architecture depicting the grace, the joy and the rhythm of life all its wondrous variety. It is a massive conception of artistic magnificence and engineering dexterity.

The name Konark comes from the combination of the Sanskrit words Kona (corner or angle) and Ark (the sun), When combined it becomes ‘Sun of the Corner’. This massive temple dedicated to the Sun God was built in the middle of 13th century by King Narasimhadeva I, the great ruler of the Ganga dynasty. It took a period of 12 years with the help of 1200 artisans to complete the temple. The king used to worship the Sun and the temple was considered as a chariot for the Sun God. The chariot has 24 wheels that are decorated with symbolic designs and it is led by a team of 7 horses. The seven horses are said to symbolize the seven days of the week. At the base of the temple there are images of animals, foliage, warriors on horses and other interesting structures. On the walls and roof of the temple beautiful erotic figures are carved. It is made with Khondalite stones.

Sun temple of Konark is a masterpiece of Orissa's medieval architecture. It is embellished with sophisticated and refined iconographical depictions of contemporary life and activities. The wheels are supposed to be symbolic motifs referring to the cycle of the seasons and the months. Like many Indian temples, the Sun Temple comprises several distinct and well-organized spatial units. The vimana (principal sanctuary) was surmounted by a high tower with a shikhara (crowning cap). To the east, the jahamogana (audience hall) dominates the ruins with its pyramidal mass. Farther to the east, the natmandir (dance hall), today unroofed, rises on a high platform. Various subsidiary structures are still to be found within the enclosed area of the rectangular wall, which is punctuated by gates and towers

The architect of this master piece Bisu Moharana, had left his home to devote himself for this work. This temple was also called as ‘Black Pagoda’ as it was once believed to draw ships and cause shipwrecks. The Sun Temple has also been declared as the UNESCO World Heritage site in the year 1984.

The temples scale, refinement and conception represent the strength and stability of the Ganga Empire. There is an abundance of sculptures depicting Kama, artha, dharma and moksha that are the four major pursuits of life.

On 20th may the centre has launched a scheme to solarise the entire Konark temple. The objective of the Government of India was to develop the historical Sun temple town of Konark in Odisha as ‘Surya Nagri’, to convey a message of synergy between the modern use of solar energy and the ancient Sun Temple and the importance of promoting solar energy.

The scheme is foreseen to setup 10-MW grid connected solar project and various solar off-grid applications such as solar trees, solar drinking water kiosks and off-grid solar power plants with battery storage. The Implementation of this project will be done by the Odisha Renewable Energy Development Agency (OREDA). The scheme will meet all the energy requirements of Konark town with solar energy.

The sun temple of Konark is not just an amazing work of architecture but something unusual to imagine at those times.