The Netherlands government hosted an online international Climate Adaptation Summit (CAS Online) on 25 January 2021. CAS Online builds on the advances of the UN Climate Action Summit by showcasing pioneering solutions to the climate emergency, and sustaining momentum through to UNFCCC’s COP26 in Glasgow in 2021. As the world recovers from the COVID-19 pandemic, the CAS will deliver action and inspire change to help societies build back better. It will aim to help realize the transitions required for a climate-resilient world. 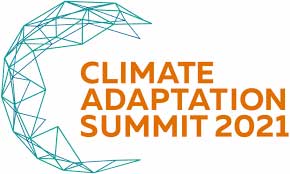 India welcomed the Climate Adaptation Summit and applauds the leadership of Prime Minister Mark Rutte towards this cause. Indian Prime Minister addressed the summit and focused on following things :

The steering committee of the International Solar Alliance (ISA) is set to meet shortly to clear the decks for the World Solar Bank (WSB), which is expected to be headquartered in India.

The country may become its lead member by taking a 30% stake in it through a $600 million equity commitment.

This would be the first multilateral development bank (MDB) headquartered in India and comes even as Beijing has taken the lead in creating the Asian Infrastructure Investment Bank and the New Development Bank (NDB).