India would be the only major economy of the world to get double digit growth rate in a prediction by IMF on 26th January, 2021. 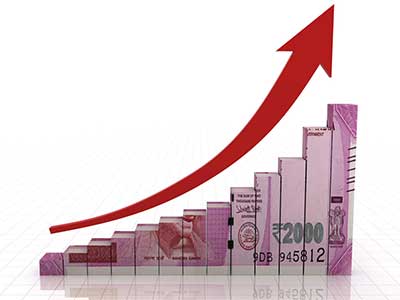 This projection for India was made by IMF in its latest World Economic Outlook Update that was released on 26th January, 2021.

This shows strong bounce back of the Indian Economy that was limited to around 8 % in 2020 due to COVID-19.

The IMF has reported that China is the only country that has noted a positive growth in 2020. However in 2021, China’s expected estimated growth is 8.1 % followed by that of Spain and France by IMF.

According to IMF, Indian Economy is projected to grow by 6.8% in 2022 and that of China by 5.6%. These projections have made India regain its label of the fastest growing economies of the world.

India was appraised by IMF about the manner it has dealt with the pandemic ahs has been successful in revitalizing the economy quite significantly.

Created in 1945, the IMF is governed by and accountable to the 190 countries that make up its near-global membership.

The IMF's primary purpose is to ensure the stability of the international monetary system—the system of exchange rates and international payments that enables countries (and their citizens) to transact with each other. The Fund's mandate was updated in 2012 to include all macroeconomic and financial sector issues that bear on global stability.