The Union Home Minister said that the people of the valley also have the right to live with the 21st century.

2. Organizing the Second All India Annual Conference of IIS Officers

The Second All India Annual Conference of Indian Information Service Officers was held at the Pravasi Bhartiya Kendra in New Delhi today. The conference was organized with a view to achieve comprehensive integration of all media units under the Ministry of Information and Broadcasting to expand government communications. 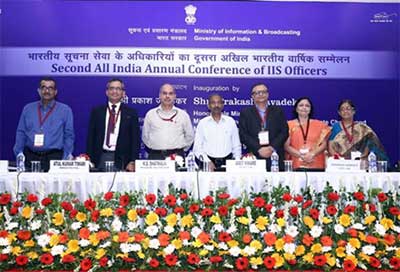 Adopt integrated and theme based communication approach under this conference; Regional expansion of social media and use of integrated dashboards; Adopt a format for assessing the impact of government communications; A session was organized on the plan to commemorate the golden jubilee edition of Guru Nanak's 550th anniversary, 150th birth anniversary of Mahatma Gandhi, 75 years of Indian independence and Golden Jubilee edition of Indian International Film Festival. Performance of media units under the Ministry of Information and Broadcasting was also reviewed during the conference.